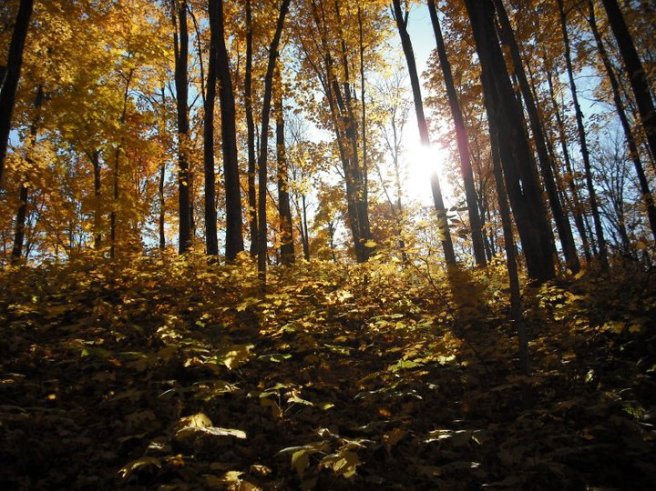 This is the next post in a series articles on The Lord’s Prayer. After acknowledging God, Our Father who is in heaven, and praying that Gods’s kingdom come, and for God’s will to be done, Jesus instructed to pray the His will be done on earth as it is heaven.

Jesus began the prayer that He taught us to pray by addressing God the Father who is in heaven (literally, the heavens (plural)[i], while asking just a few phrases later for God’s will to be done on earth as it is in heaven[ii] (singular). (Matt. 6:10) Our English translations use “heaven” (singular) in both places, and the nuance of the Greek word (in the singular) is used is lost, literally, in the translation.[iii]

So let’s take a close look.

While God the Father exists outside of time and space and inhabits infinite levels of “heavens” (spiritual realities beyond the physical world we know), and acknowledging Him in that sense is important as we direct our attention to God at the beginning of the the Lord’s Prayer, the “heaven” (singular) we pray for on earth is something lightly different. It is the sum of God’s purpose (His will). It is the ideal, God’s perfect will, we are urged to ask for and, thereby, participate in.

Heaven contrasted to the world conveys the idea of the physical reality being affected and changed by the spiritual reality. We tend to think of space/time existence as the “real” reality; while the Bible suggests (urges) to us that the substance of reality is actually found in the spiritual realm, outside of time and space, coexistent with God who is eternal.

C. S. Lewis explores this idea in the Great Divorce in which humans are revealed as shadowy, lacking substance and ghost-like in contrast to heaven which is so comparatively “real” that the ghostly humans cannot even bend the blades of grass in heaven. Imagine the glory of this life being wholly consumed and transformed by the glory of heaven, the spiritual reality!

Take a moment to read 1 Corinthians 15:35-45. Paul explores in these verses the reality of this world compared to the spiritual reality.

But this natural world is what we know, and so we pray that God’s will be done on earth, in this world, in our very lives, as it is in heaven. We ask this for ourselves and for the world. We ask this with confidence, as Jesus taught us.

This is why Jesus taught us to pray for on earth as it is in heaven so that we become agents of God’s redemptive work in our own lives and in the world. In so asking, we also become the agents of the unfolding spiritual reality that God’s purpose is to reveal, first in our own lives, and then in the lives around us and the world.

Thank you Father for revealing your will to us and giving us your Son so that we may see you on earth as you are in heaven. Thank you for enlisting us in your creative act of redemption, allowing us to be partakers and participants in your will and your work. May your will be done first in me and then through me on earth, in my life, as it is in heaven.

After acknowledging God, who is, our relationship to Him and the reality that He has purpose that He is accomplishing in us and in the world, Jesus moves on to more “mundane” things, teaching us to look to God for the things we need: Give Us This Day Our Daily Bread is the next post in this series on the Lord’s Prayer.

[ii] 3772/ouranós – heaven (singular). Ouranós (heaven singular) is used nearly as often as ouranoi (heavens plural) in the NT.  “The singular and plural have distinct overtones and should be distinguished in translation” (G. Archer). Typically it is important to distinguish the meanings of the singular (“heaven”) and the plural (“heavens”) even though most versions of the Bible routinely translate them both as singular. Example: The Lord’s Prayer in Greek (Mt 6:9, 10), “Our Father, who is in the heavens (plural) . . . Thy will be done, on earth as it is in heaven (singular).” The plural (“heavens”) suggests the infinite “tiers” (levels) of spiritual reality God offers to those diligently seeking Him.  In contrast, the singular (“heaven”) collectively presents all the various levels of divine manifestation into one, over-arching reality, such as God’s abode (manifest presence) in the third heaven. The singular (“heaven”) suggests the physical atmosphere (planets, etc.), or God’s abode in its unitary (holistic) sense. The plural (“heavens”) envisions the infinite number of levels in which God manifests Himself to His people. Hebrew cosmogony also viewed heaven as having different levels (as did the early Church. Secular literature in ancient Greek also conveys distinct nuances (implications) with the singular (“heaven,” ouranos) versus the plural (“heavens,” ouranoi). “The idea of a series of heavens appears in patristic writings.  See also Thomas Aquinas’ doctrine of the celestial hierarchies and with Dionysius the Areopagite” (WS, 932). In sum, the frequent juxtaposition of the singular and plural in the NT (“heaven,” “heavens”) implies distinct nuances of meaning.  G. Archer, “The singular (‘heaven’) and plural (‘heavens’) are not exactly ‘interchangeable.’  The plural (‘heavens’) rarely (if ever) is an ‘idiomatic plural’ in the NT, like it is in the Hebrew OT.” The plural (“heavens”) implies the infinite dimensions (innumerable levels) in which God dwells, and reveals (manifests) Himself to seeking believers.  The redeemed enjoy this wondrous “individualizing” by the Lord as they know His infinite expressions of glory through faith, now and throughout eternity. “Heaven” (singular) can describe a sphere of existence (perception, activity), i.e. in contrast to living in a physical (time-space) world.

[iii] You do not need to be a Greek scholar to see and explore the subtle meanings in Greek that do not translate well into English with The Discovery Bible. The Discovery Bible includes a Greek lexicon that provides the nuanced meanings of each significant word used in the original Greek and expands on those meanings with long essays on the origins and uses and significance of those words used in singular passages and multiple passages throughout the NT. The Discovery Bible adds descriptions of the unique verb tenses we do not have in English that provide additional layers of understanding and signals where they appear in the text. The Discovery Bible also shows the words the original Greek text emphasized and adds a concordance showing where all of the significant words in the various passages appear providing layers on layers of nuance that we cannot fully appreciate in an English translation.

One thought on “As It Is In Heaven”